IT ALWAYS SEEMS IMPOSSIBLE UNTIL IT'S DONE

Unleash Future is an international center of excellence. Extremely gifted and talented people around the world joined to form this extraordinary Think Tank. We expand your knowledge base. Together we will push frontiers for you to achieve superiority. In diversified teams, we provide ground-breaking strategies, tactics and solutions to those facing daunting challenges, multi-dimensional scenarios and remaining uncertainties’

Unlike other high IQ organizations, you can engage with us directly to succeed your mission. We support major global investors, board members and top-management to make excellent decisions. 'Demystification by Clarification' is our top priority to provide the necessary insight for you to make smart, bold and effective decisions.

You are highly gifted and experienced professional? Become part of our challenging projects at Unleash Future Think Tank

Our world outperforms current politics. Time to get proactive. We are incubator of future-oriented policies with highly efficient frameworks. Our innovative and ground-breaking perspective is covering wide multidisciplinary views to ensure prosperity in a world worth living

We encourage and drive new economic thinking. We develop an efficient framework that empowers you to keep pace with our complex world. Learn to use the increasing volatility as opportunities. Influence interactions between business, politics and society to support your mission

Stop wasting energy treating symptoms in your organization. We point out capabilities to take advantage of complexity by applying butterfly effects. Start to empower your organization as a whole with our different thinking. Center your most valuable assets - your human capital 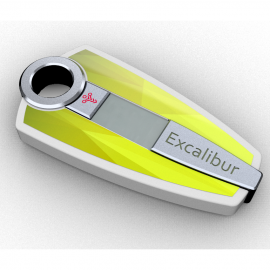 We've been looking at the acknowledged approach to track and trace spreading the virus of infected people. Investigative creation of an infection chain to stop the spreading. With increasing numbers, traditional investigation becomes slow, incomplete, and response becomes way to slow to isolate people before further spreading occurred. Infected people who have no symptoms seem to be contagious. Hence, we decided to re-design this approved approach ‘infection chain’ using technology. First, we called it the 'Beacon Project', realized it is an ‘Infection Chain Disruptor’ and members finally called it ‘Excalibur’. A sword powerful enough to cut the infection chain that seems to become overwhelming.